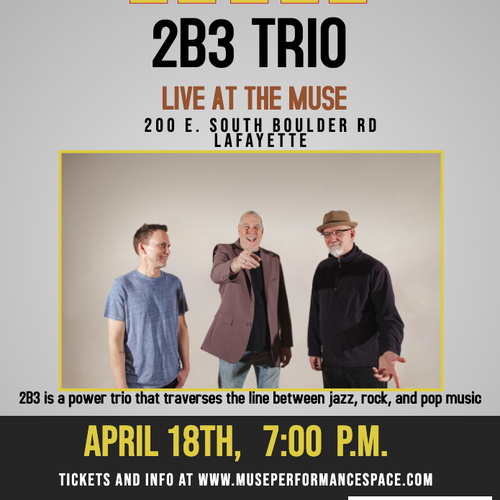 We musicians weave in and out of each others lives.  And, often without really knowing it, The impressions which we obtain from our fellow musicians form these long-lasting bonds both musically and personally. Some relationships are more sticky than others because of commonality in musical tastes and aesthetic.   So it is with 2B3.  Jeff, Mike, and Mike have worked together for nearly 20 years cumulatively.  Our musical passions run parallel - not just in jazz, but in rock, funk, and pop.  The most recent Jimi Hendrix project came about very organically.  We had been playing a lot of Jeff’s writing which recently has been funky organ trio stuff...some of which started really rocking out. Jeff wrote a bunch of arrangements of Prince music, then of Hendrix.  Then I got into it and wrote a few Hendrix arrangements.  After my wife, Laura suggested that I get the band to Europe, I talked to Jeff and MM, and said let’s do this Hendrix project and take it to Europe.  We all agreed wholeheartedly.  So it is with musicians and music.

Mike Marlier: When you get a chance to play music you love with musicians you love....that's the most gratifying experience.  That is certainly the case with this band.