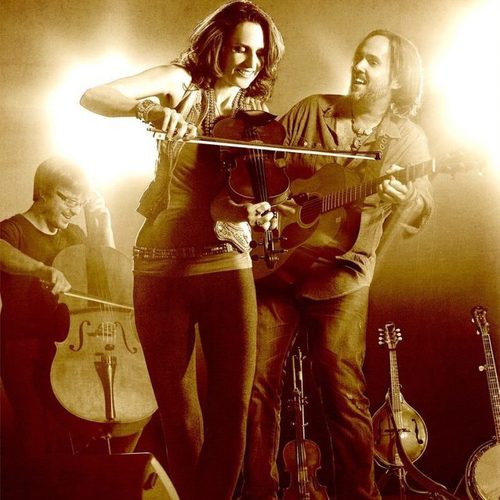 Bettman & Halpin play original Folk/Americana. Their concerts combine high-energy upbeat bluegrass/roots inspired compositions, beautiful ballads with soaring vocals and heartfelt lyrics, and groovy feel-good songs that audiences will be singing in their heads for weeks thereafter. Interspersed between these songs and instrumentals, they tell stories. They have become as known for their storytelling and playful banter as well as for their hooky whole-hearted songwriting and instrumental wizardry. They have been touring as a duo since 2008, and incorporating a trio and quartet since 2013.

Bettman & Halpin have a well-earned reputation for hypnotizing performances filled with irresistible lyrics, transcendent harmonies and roof-raising instrumentals. They have twice been a featured act at the Walnut Valley Festival in Winfield, KS along with musical heroes Byron Berline, Michael Martin Murphy w/ Pat Flynn, and Tommy Emmanuel. They can also be found performing at various arts centers throughout the US and abroad. Their music creates a fully acoustic, delightfully eclectic sound far greater than the sum of its parts: taking the listener from up-tempo down home fiddlin', to soulful sorrowful ballads, to super hooky folk/pop with catchy melodies and lyrics that will stick with you long after the concert is over. Touring together since 2008, Bettman & Halpin have been recognized in various Regional and National competitions, including: