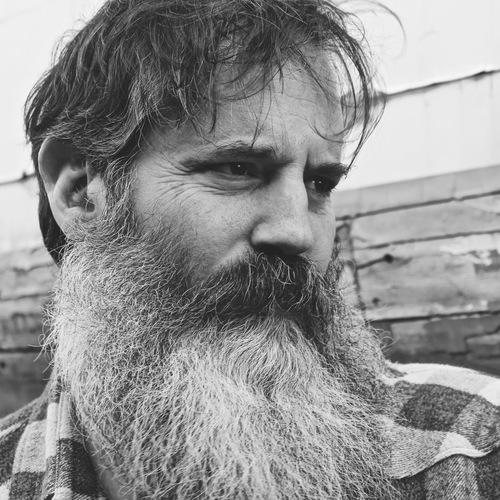 New York native, Singer-Songwriter, Bill Scorzari, has been likened to the voices of Tom Waits and Sam Baker, and the lyricism and delivery of John Moreland and John Prine, among other legendary songsmiths. Scorzari's most recent release, 'Through These Waves,' produced by Jonah Tolchin (YepRoc) was recorded, mixed and mastered at The Bomb Shelter Studios in East Nashville over the course of just 14 focused and profoundly transformative days. Musicians performing on the album with Scorzari include Kim Richey, Joachim Cooder, Will Kimbrough, Chris Scruggs, Laur Joamets (Sturgil Simpson) and more. In the first week after it’s release, the critically acclaimed full-length album jumped straight to #1 on the Americana Music Association’s Most-Added-Radio-Stations Top-50 chart. It later landed on many "Top-Albums-of-2017" lists, including Folk Alley and Elmore Magazine. It is "...A 'must hear' for singer-songwriter aficionados" -Elmore Magazine.

“Bill Scorzari is a force. His songwriting is stellar, his picking above par and his voice fits his songs perfectly." - No Depression "Tom Waits or Malcolm Holcombe... Scorzari’s voice is in that neighborhood but still stands apart.” - Elmore Magazine “His version of singing is more of the spoken poetry…that Sam Baker has perfected...You listen and think, Yes—I’ve felt that" - Fervor Coulee “Artists that have this ability are rare-Waits, Dylan, Cohen, and today’s John Moreland and Jason Isbell…” - Lonesome Banjo Chronicles “Bill Scorzari has a lived-in voice that says, 'Listen to these songs. They spring from the earth and the ocean with an open heart and the wisdom of experience.’" - John Platt, WFUV