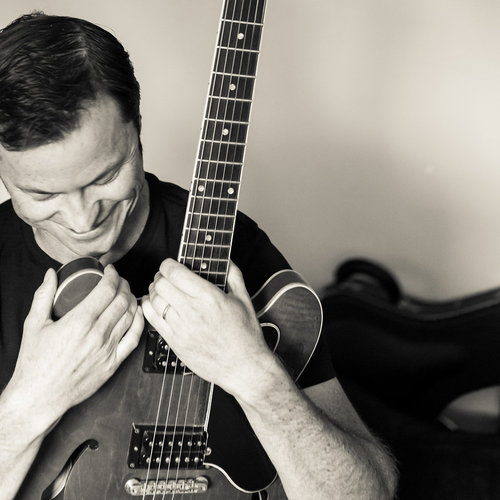 Local guitarist Matt Fuller will be presenting an evening of solo guitar performances of his original compositions, jazz pieces, and select popular songs. The concert will bring the listener through a broad musical landscape as the guitarist weaves together the music in this open and explorative format.

Guitarist Matt Fuller has relocated back to his home state of Colorado after living in NYC as a freelancing musician and teacher from 2012-2015.  In 2017 Matt released Simpatico Trio, City Life, his second album as a leader, featuring NYC drummer Jeff Davis and Chicago guitarist Dave Miller.  His debut album as a leader Waiting for Violet, featuring Ron Miles, was released in May 2014.  In addition to performing Matt is an active educator, he teaches jazz guitar and ensembles at Denver Metro State University and is a faculty member at Rocky Ridge Jazz Camp. Matt runs and teaches at the Lafayette Park Guitar Studio, his private teaching studio in Lafayette, CO. Matt is a long time student of celebrated veteran jazz guitarist Dale Bruning.