Expeditions Plus One featuring Ron Miles

Expeditions Plus One featuring Ron Miles 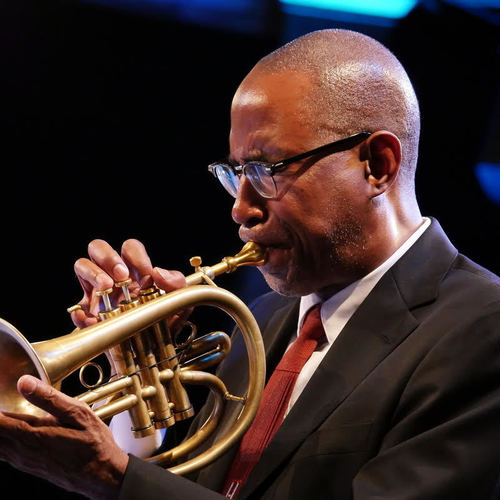 Our first Friday series continues with Ron Miles, and we couldn't be more excited! Ron Miles is a songwriter and cornet player based in Denver, Colorado. Ron was born in Indianapolis, Indiana in 1963 and moved to Denver with his family in 1974. Ron Miles has previously recorded as a leader for the Prolific, Capri, Gramavision, and Sterling Circle labels. He is one of the finest improvisers and composers of his generation and has been called one of the greatest melodists by clarinetist Ben Goldberg. In addition to leading his own bands, Ron Miles has performed in the ensembles of Joshua Redman, Bill Frisell, Mercer Ellington, Don Byron, Myra Melford, Joe Henry, Madeleine Peyroux, Jason Moran, Matt Wilson, the Bad Plus, Harriet Tubman, Ginger Baker, and Goldberg.