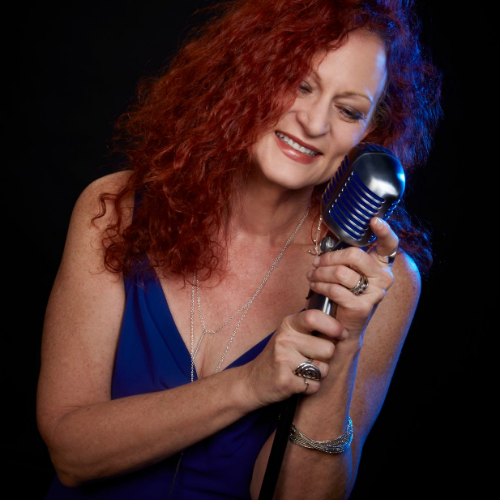 We continue our first Fridays Expeditions Plus One Series with Terri Jo Jenkins.

Terri Jo has been singing professionally since her childhood in Venango, NE.She released her first record (with her two sisters) when she was just 14 years old. Her first solo CD, "Legend of Strawberry Moon" was recorded in1996 and her second release of original songs, "Stores Around Me" was produced on the Tremulant Records label in 1999. (www.tremulantrecords.com) Terri Jo was nominated for local folk artist of the year in 1998, 1999, 2000 & 2004 by KZUM public radio in Nebraska. She has been a songwriting competition winner and has had her music featured on radio programs across the country and in Canada. Terri Jo has been a guest on the national radio programs, River City Folk and Woodsongs Old -Time Radio Hour as well as many local folk & jazz radio programs. Terri Jo's song, Six Little Angels, was chosen to be included on a special holiday program produced for National Public Radio stations across the country and hosted by legend, Judy Collins. Terri Jo's song, While I Drive, has also been heard on the popular NPR show, Car Talk. Terri Jo's 2008 solo release of original songs, "Turn the Page" is on the Prairie Dog Music label (www.prairiedogmusic.com) & includes notable midwest musicians Dr. John Walker; trumpeter, Darryl White, songwriter, DeAnne Allison, singer/ songwriter, Nick Dahlquist & more.In addition to the all women a capella group, Baby Needs Shoes, and her solo songwriting work, Terri Jo also performs as a jazz vocalist, having recorded with the Nebraska group, Jazz Factory; Denver's Mile High Jazz Trio; and nationally recognized jazz pianist, Jeff Jenkins. She was the featured vocalist at the Jazz en Vercor festival in France in 2009, 2010, & 2011 and also performs with the 9 member Colorado based jazz band, Park Hill Brass.

Expeditions plays fresh arrangements of familiar songs, everything from traditional jazz to folk to Motown, along with some tasty originals. Expeditions has performed at the best venues in Denver, and drawn large and enthusiastic audiences. Co-leaders Pete Lewis and Clare Church are consummate professionals, having shared the stage with Joe Henderson, Dizzy Gillespie, Nancy Wilson, Natalie Cole, and many more.