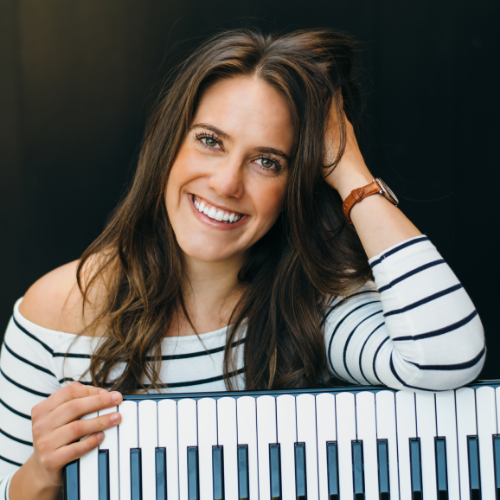 Expeditions Plus One featuring Alicia Baker

Alicia Baker is a classically trained accordionist, pianist, and singer from Portland, OR, currently residing in Denver, CO. She has performed on various stages, from the operatic stage to the headlining spot at accordion festivals. Alicia has explored her many avenues of musical ability in both performance and educational venues. She received 3 bachelor of music degrees from Oregon State University, including piano performance, vocal performance, and choral education, in addition to a Master of Music degree in Vocal Performance and Pedagogy from University of Colorado Boulder in 2017. Alicia’s repertoire spans a wide variety of musical genres amongst her instruments, including french musettes, opera, folk songs, jazz standards, polkas, contemporary, classical, romantic, techno and popular hits throughout the decades.

In 2009 Alicia became connected with Roland Corporation, the maker of a fully digital accordion, when she entered the Roland US V-Accordion competition. Her relationship with Roland continued to blossom, leading to her full-time work with the company today where she is a product specialist, demonstrating pianos and accordions around the country. This relationship helps Alicia show the accordion in a whole new light, by utilizing Roland's progressive technology.

Alicia has created a unique show for her audiences by combining accordion with her accomplished voice. Known for accompanying herself on operatic arias, and playing modern styles like techno and pop, Alicia is passionate about reinventing the face of accordion in today’s world