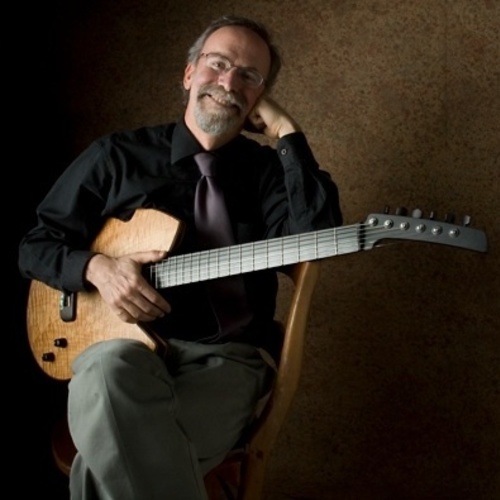 Throughout a performance career that has spanned 4 decades, guitarist Gary Wittner has delighted

audiences on 5 continents worldwide. He has represented the USA officially overseas on multiple occasions

as a Kennedy Center Jazz Ambassador, Fulbright Specialist and US Embassy Outreach Artist. Gary has

the music and life of Jazz icon Thelonious Monk, Gary has presented lecture/concerts on this topic at many of

the world’s most well known music schools. His book, “Thelonious Monk for Guitar”, published in 1999, is still

informing guitar players around the world today. He has recorded Monk’s compositions on 6 of his 7 CDs,

tunes with lyrics and singing. Gary’s vocal tunes have been described as “Jazz Cabaret” - combining witty,

insightful, heartfelt lyrics with complex Post-Bop harmonies. Audiences and musicians alike have been

entertained by Gary’s vocal tunes here in the USA, as well as in S. America, Europe and Africa.

Joining Gary for this concert at the Muse Performance Space will be bassist Bill McCrossen, one of the