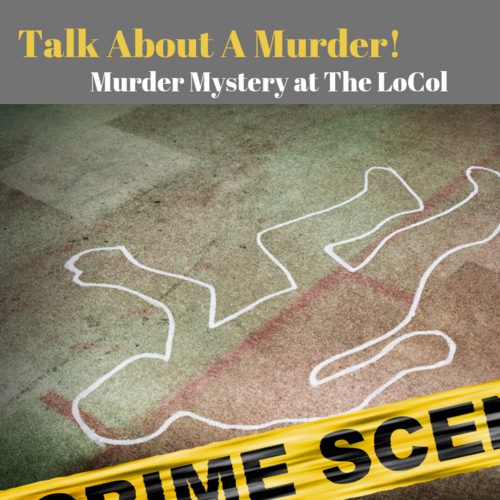 Everyone is on the talk show to plug their own talk shows. What starts out to be a yawn fest heats up with a few ego and personality clashes. Sure, it sound like every other talk show but, this particular show kills! Literally. One of the featured guests is murdered. Who would want someone dead while "live" on the air?

Or is the question, who wouldn't? Can this mystery help the ratings? Must the Show go on? Might as well, there's nothing else on.

Join us in figuring out who murdered the guest!

Food Trucks or Catering will be prior to the show. Food service starts at 5:30pm, pre-show starts at 6:00pm and the Talk Show starts at 7:00pm.

Cost is $60 and it includes dinner and the show.