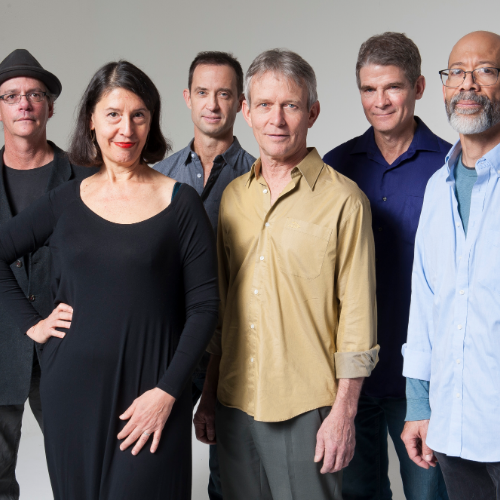 (Forro alert - dancing, too!) All interpreted by DPQ, proponents of Brazilian instrumental music in Colorado for over 10 years, joining forces with Elena Camerin Young.

Experience joy direct from the Musical Mothers of Brazil.

Dexter Payne recorded on clarinet with Beth Carvalho in 1997 and appeared in DownBeat Readers Poll in '04 & '06 for his first albums with Thiago de Mello, recorded in Brazil and New York, having traveled and played extensively in Latin America. He has represented Brazilian music on the front range since his first self-titled release in 2005.

Dave Willey is well known for his adventurous accordion and compositions, represented most extensively in Hamster Theatre, which features mostly his writing. Willey has contributed to a many groups including Ligeia Mare, Lost Dog Ensemble and Thinking Plague. He collaborates on a number of creative music projects, far and wide.

Bill Kopper is the pre-eminent guitarist in this region for Brazilian samba, choro and jazz. He honed his craft for some years in Madrid and Boston. In this area, a long time associate of Mitchel Long, Eric Deutch, Brad Goode, and others, mainstay of Ginga and collaborator with Payne since the early 2000s.

Victor Mestas Perez, well known in his native Caracas, has played all over the Americas, and all over the world, a Latin Grammy Winner. He can be heard in Colorado with Los Chicos Malos and Ginga, among many others.

Raoul Rossiter is Colorado's finest Brazilian drummer and a master of odd meter as well. He has had many interesting projects over the years including Hamster Theatre, Ginga, Ligeia Mare. Rossiter has propelled DPQ since 2005. Mestas and Kopper first met and played together in Madrid.

Elena Camerin Young is "new" in town. Two years after moving here from NYC, it's hard to imagine the Colorado music scene without Elena, whether she is singing her native Italian repertoire with Victor or flying free with Art Lande or Nalanda Ensemble. Elena sings on the latest DPQ album, Jazz For All, and this night is a further exploration of her vocal instrument in the ensemble.